There are many good characteristics about sheep, too!
This animal has a strong presence in most major cultures.
They give their "all".
We find them useful for milk, meat, wool, skins and even bones.
As quilters, we often use wool in many of our projects.

Sheep can be obedient, gentle, trusting and affectionate.
They can remember an individual human for years. 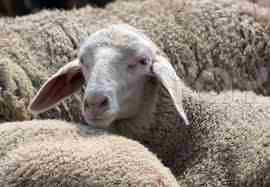 Sheep are totally dependent upon a shepherd for their every need.
If they "cast" or flip over on their backs, they cannot get up.
If not turned over by the shepherd they will die of starvation.
The shepherd is considered the most calming influence.
(Although counting sheep can be considered a sleep aid) 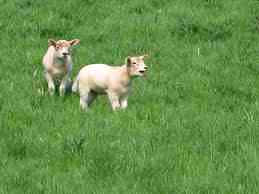 Sheep know their shepherd's voice.
Once two bedouin shepherds in Palestine walked along a trail. Two flocks of sheep crossed paths and hundreds of sheep became mixed up.
None were branded.
After some confusion, each shepherd went some way down the road, turned and called their sheep.
Instantly the sheep became polarized as each headed towards their master. 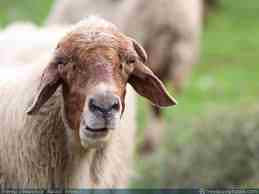 The shepherd does not drive, but LEADS his sheep.
He will provide for his flock, dedicating his life in their care.
He will sleep by his sheep, eat with his sheep, and often knows each one by name.
There are times he will discipline, and yet when he finds a lost sheep, will often bring them back to the fold by carrying them on his back or shoulders.
The shepherd loves his sheep, and they love him.
Is it any wonder that the Savior, when looking for an analogy referred to us as SHEEP?
Posted by Nedra at 1:00 PM

Thanks for the great insights into sheep and what a great symbol they are for how we should be.

All we like sheep have gone astray, each to his own way. We definitely need a Saviour who calls us by name! How wonderful that he knows us and searches for us...

May your Christmas day be filled with love, and a safe and happy new year ahead.

What a wonderful post and such a terrific analogy. Blessings to you and your family.