My angel friend Sue has been helping me so much with my family history.
What discoveries have been part of my life in the last few months!
In trade, I have been helping Sue complete some of her family heirloom quilt tops that have been stored away in closets for generations. 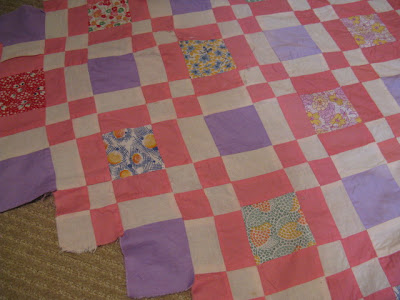 I'm guessing this beauty was pieced during the Depression Era of the 1920's-1930's
Even though it has some discoloration here and there, it's still in fairly good shape. 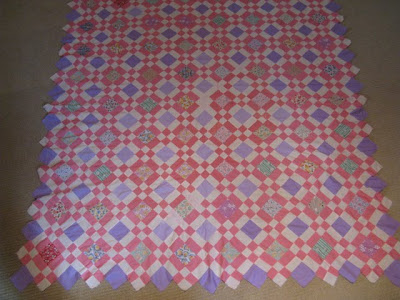 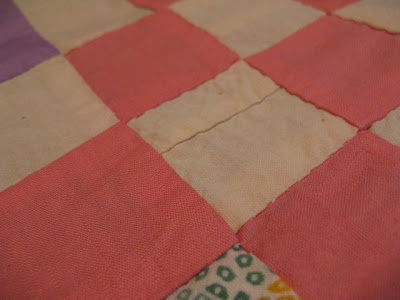 Women could not run to a quilt store to find patterns or fabrics as we do today.
Usually they found their inspiration through magazines.
In order to survive the economic downturn, magazines would tempt their readers with new quilt patterns and styles.
Pooling their resources, women would often go in together for a current issue and share one quilt pattern. 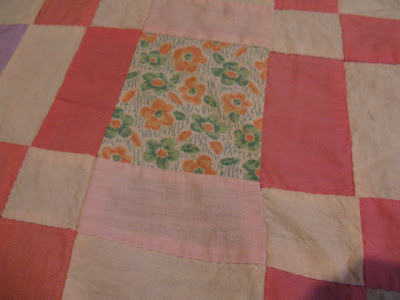 This was the time of the Arts and Crafts movement, where people were encouraged to go back to more simple, handcrafted items often seen in architecture, furniture and decoration.
Notice this quilt was pieced with "make-do" fabrics that were 0n hand. 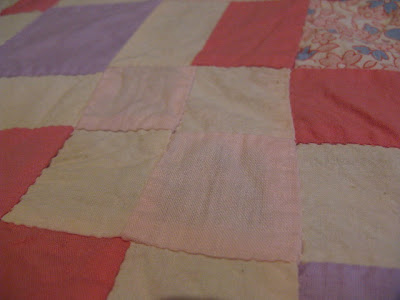 The top is now trimmed and pressed.
I've made a backing of muslin to match the front, and the quilt has been sent to the longarmer.
Sue is excited to have this family heirloom ready as a Christmas present for her children and grandchildren.
Posted by Nedra at 6:29 AM

Wow, how wonderful to have this old quilt top! And, to have it finished so it can be displayed is such a gift. Just beautiful. I like the simple pattern and bright colors.

What a lovely quilt and how fun to have a hand in finishing it up!!
Mary

What a great service you're doing to preserve history for your friend's family.

Oh how wonderful to have this quilt. and thank you for a look back into fabric history. I love history so much!

What a wonderful project! Preserving part of history is a very worthwhile thing to do, and this quilt can now be what the original designer meant it to be. Looking forward to seeing it finished!

Wow what a find. It really is so pretty.