And The Rains Came Tumbling Down

Living in the Arizona desert
we are used to Monsoon rains during the summer.
But, yesterday morning Hurricane Norbert gave us a big wallop.
We broke all totals
for the wettest day on record.
The town of Chandler
where I live
received the highest amounts of rain
in all of Phoenix Metro
Our annual average is around 8-9 inches.
Yesterday we were drenched with 5.63" in just a few hours. 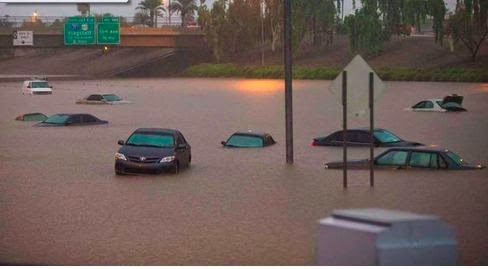 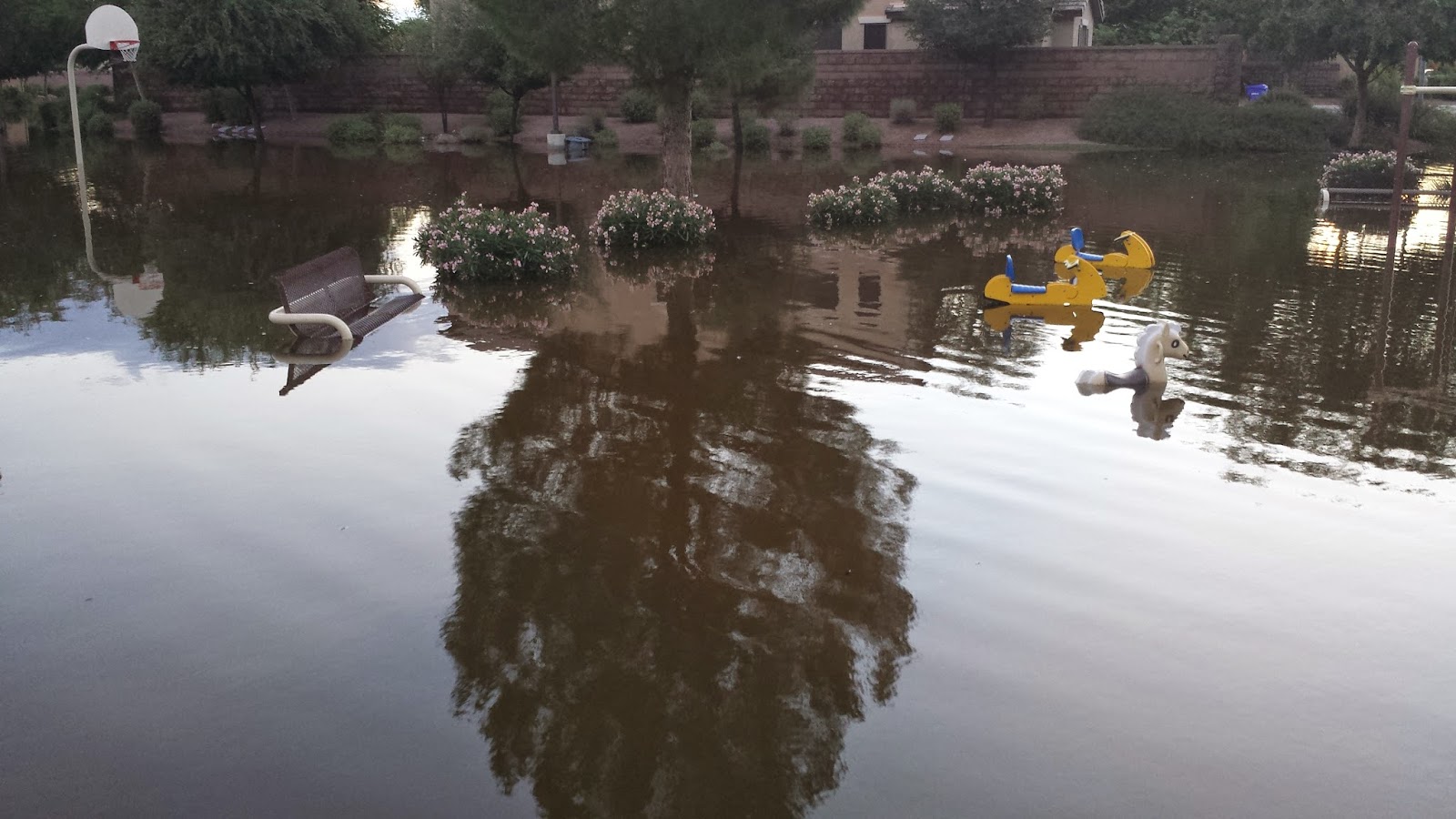 Fortunately, our house was fine.
I walked down the street to our nearby park
and found a different story. 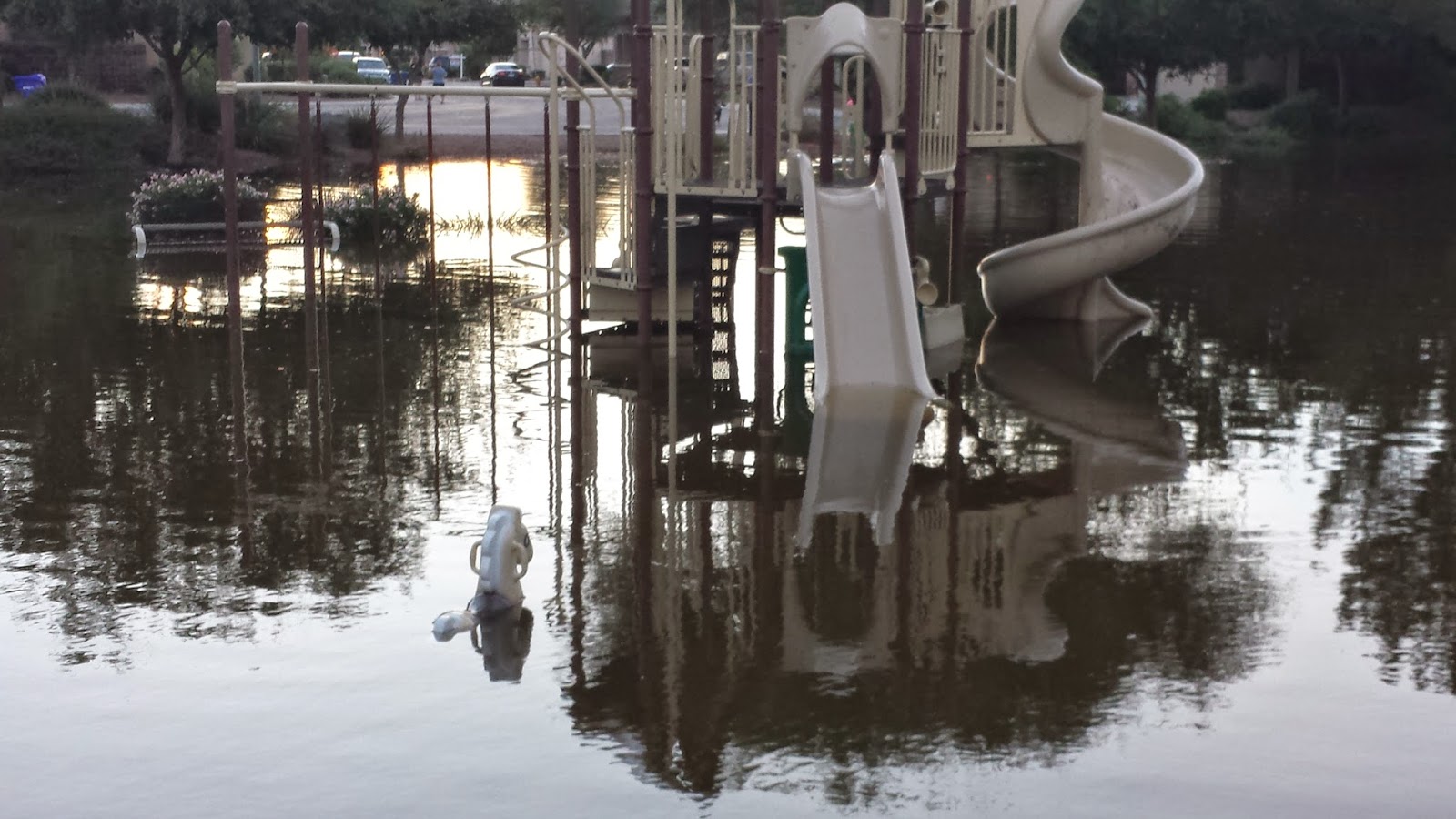 Our neighborhood parks
are built like a retention basin
and usually can handle the
sudden bursts of rain. 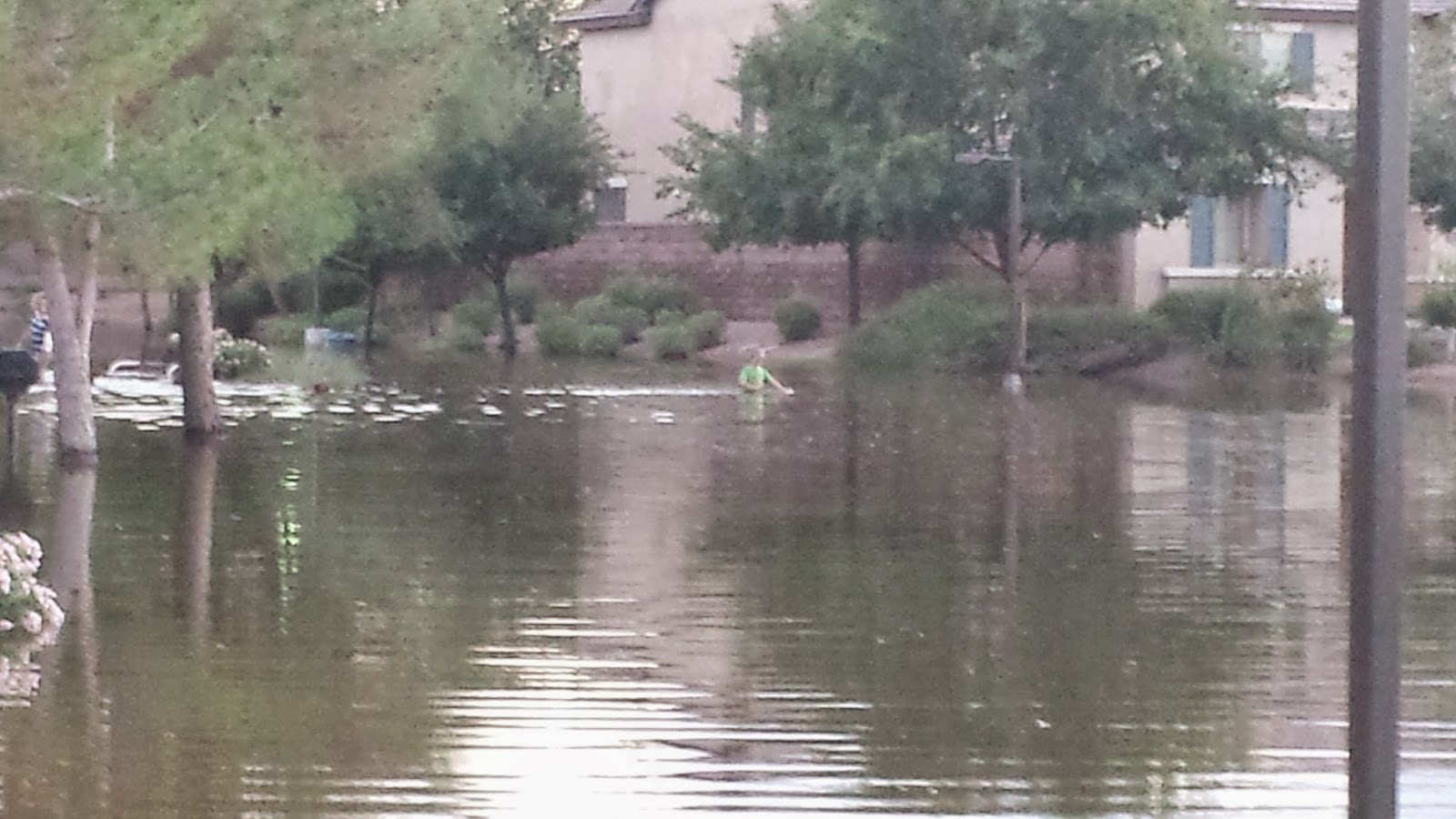 What normally serves as a soccer field
is now being used as a swimming pond
by the local children.
Even their dogs jumped in to play. 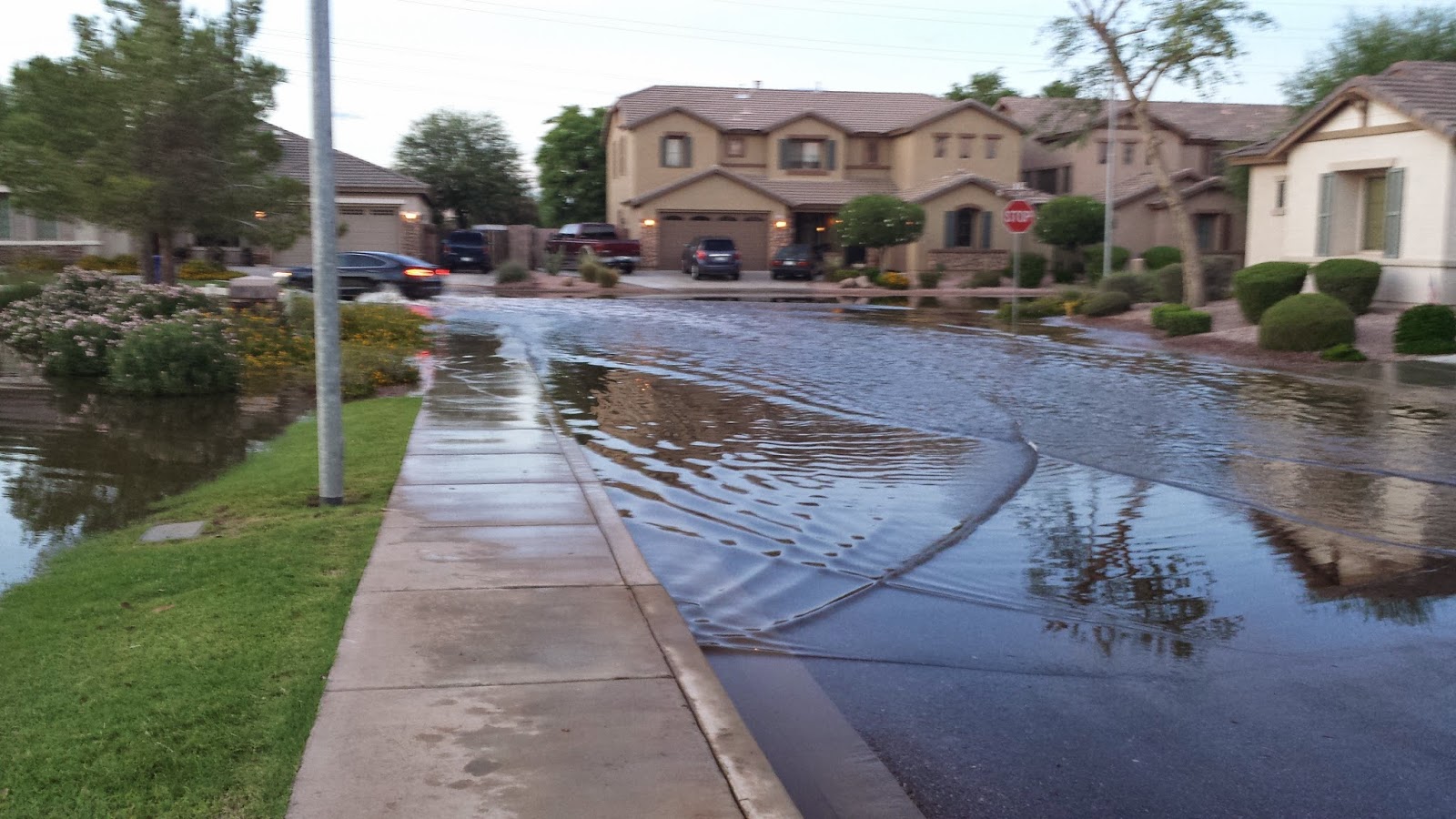 By evening several of our streets were still blocked
making it hard for some home owners
to get in and out of their driveways.
*although the major roads are now clear
Hopefully by today the water levels
will recede to a more manageable level.
Posted by Nedra at 12:01 AM

I'm glad you all okay! It looks like you got much more rain than you need. Take care - Hugs Nat

Sewing Up A Storm said...

Oh my gosh!! The rain seems to be heading our way now (New Mexico). I hope you were able to dry out. I have lots of friends in your area and hope they are all ok.

Your Grand Canyon trip looks wonderful. We usually try to go once or twice a year..........6 hours away for us.

Wow! So glad you are safe.

Good to know that your house was spared any damage from the storm. There has been so much unusual weather this year. Makes one wonder what in the heck is going on. We sure could use rain here in Calif. Will you be coming to PIQF this year?

I manage to check the news almost daily on my phone while traveling and saw this - I was thinking of you and my nephew who lives in Phoenix! y'all came though it ok I gather!